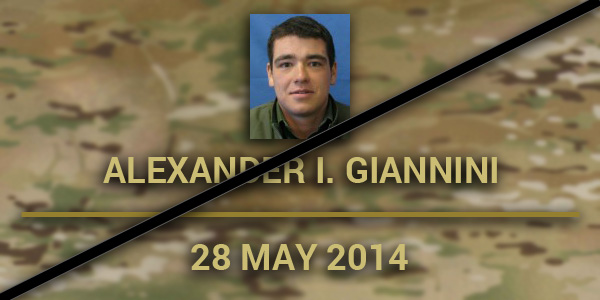 End of Watch 28 MAY, 2014
On Wednesday, May 28, 2014, Border Patrol Agent Alexander I. Giannini, of the Willcox Station, was involved in an on-duty, single-vehicle accident on Interstate 10 near Benson, Arizona. He died of injuries at the hospital shortly after the accident. Another agent in the vehicle was transported to the hospital with minor injuries.

Agent Giannini, 24, entered on duty with the U.S. Border Patrol on October 16, 2008, as a member of the 822nd session of the Border Patrol Academy. He served the Willcox Station loyally throughout his career.

Agent Giannini is survived by his mother, father, sister and fiancée.